Harriet Brooks made three major contributions to the early theory of nuclear radioactivity, and was a traveling friend of radical Soviet writer Maxim Gorky.  But then, at the height of her reputation and scientific accomplishment, she married and settled down to a depressingly unchallenging life.  Read the whole tragedy now, in Episode 72 of Women in Science!

Katherine Johnson is amazing.  Name a major accomplishment of NASA between the years 1958 and 1984 and she had a major had in it in her role as orbital mathematician.  Check her out on Women in Science!

On the latest Women in Science, I take a look at the routinely miserable but inspiring life of Lavinia Waterhouse, a strange tale of frontier feminism coming to fruition amongst layered tragedy.  Check it out!

Check out the new Women in Science for the amazing story of the woman whose idea for curing Blue Baby Syndrome jumpstarted cardiac surgery, and who then went on to save an entire nation from the crippling birth defects caused by thalidomide!!

After nearly two years, Women in Science has at last hit its 50th Episode, and who better to celebrate with than one of the all-time greats, Rosalind Franklin?!

Head on over to MadArtLab for the story of Annie Alexander, the woman who founded two research centers and collected and catalogued thousands of specimens from the glaciers of Alaska to the deserts of California! 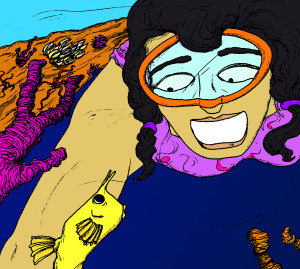 It’s Women in Science 42, chock full of all the 1950s Marine Biology awesomeness you’ve come to expect!  This week, we look at Eugenie Clark, whose plectognath research in the South Pacific and Red Sea turned into one of the surprise best sellers of the early Fifties.